what was I thinking?

I'm happy weaving away on my Megado. I put on about 6m long warp of cottoline so that I can get to know the loom by weaving towels.
I want them all to be different so I choose a different pattern and weft yarn for each one.
So far I have woven 4 towels but with the start of number 4 it went wrong. I did not like what I was doing and after 15cm I unpicked all and started again. But I run out of weft yarn (I used the yarn that I cut away from the warp because it was the wrong colour in the warp but ok as weft), so it is smaller than the others. Width of the warp is 50cm and I make them about 70cm long.
For the 5th one I went back to a pattern I have woven already, but I liked it. This time with other weft yarn.
I thought I could use an old black yarn that I used for a warp several years ago, but had to abandon as it was breaking very badly. I thought it would be ok as weft. What a mistake. It was just integrating and for a towel you don't want yarn that is fluffing all the time.... it was so bad it even effected my breathing. 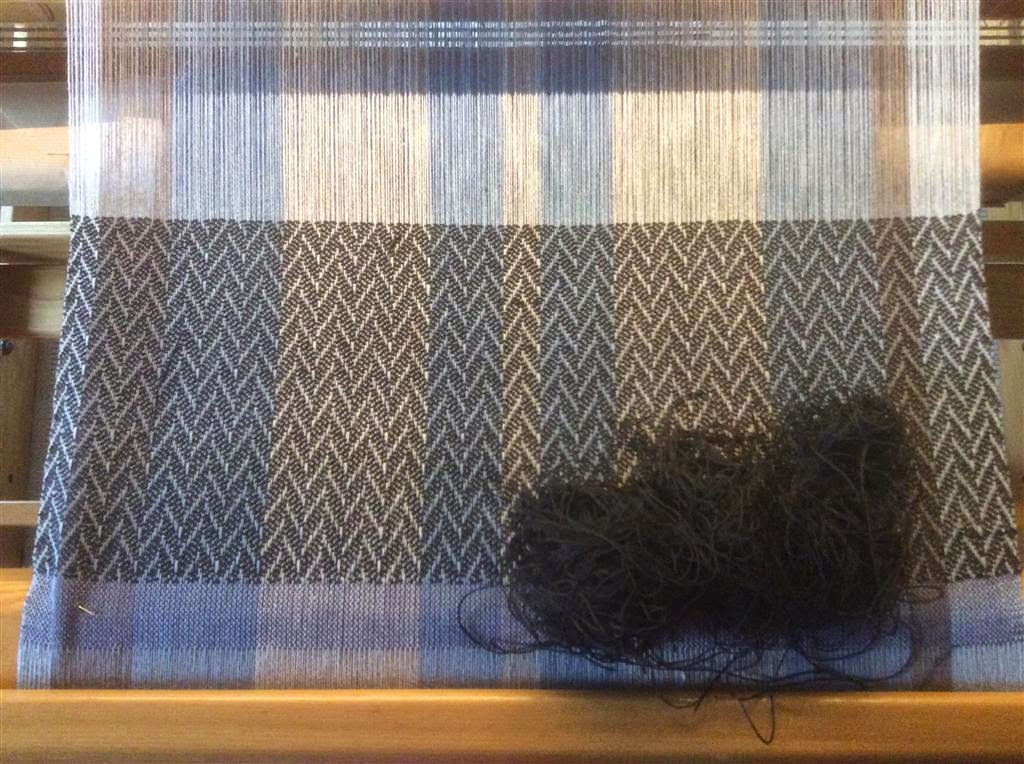 So, I unpicked about 38cm that I had woven already and tomorrow I will start with a different weft and this black will be thrown away, as it should have been done in the first place after I used it unsuccessfully as warp.

I love my loom though
Posted by Margreet at 20:43